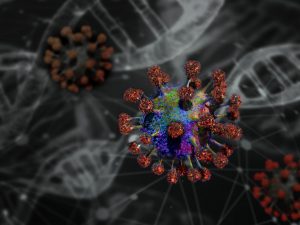 With global equity markets falling in the wake of growing concern around Coronavirus, Butler Toll’s Economic Adviser John Shepperd gives his thoughts on how the crisis may affect the global economy.

It was the American economist, Frank H. Knight, who in his 1921 book Risk, Uncertainty and Profit formalised the distinction between risk and uncertainty.

We are looking at what might be considered a textbook case of uncertainty in terms of the economic impact of the coronavirus epidemic, given that we do not yet know how far it will spread and how long it will persist.

What we can say is that the impact of the virus on health and life expectancy will be transitory. Even the great Spanish Flu pandemic of 1918-19 was such, despite causing millions of deaths.

As coronavirus continues, there are two types of economic impact to consider – first on supply and second on demand. With supply, there is the direct impact of factories being closed and disruption that comes from this, exacerbated by transportation links being severed.

This is expected to affect the automotive and electronics industries especially badly. Both have become dependent on “just-in-time” inventory control, and much of the supply of inputs comes from affected places, particularly China.

The demand impact comes from people spending less – staying indoors either by choice or necessity, not being able to or willing to travel, and cancellation of events which might normally be attended by large numbers of people.

However logical this distinction may be – it is not especially helpful – as quantifying the true impact of either is impossible. All we can say is that the consequences of the epidemic will undoubtedly reach beyond simply where the virus itself is virulent.

It is apparent that the impact on Chinese activity and GDP growth will be substantial. Analysts have revised up their estimates of how substantial – the betting now is that the 6% growth seen in Q4 (and more generally through last year) may completely disappear in Q1 and turn into possible negative growth.

On its own the impact on global growth could be of the order of 1%, against a background of global GDP growth recently of around 3½%. However, the global impact will be greater if the supply and demand consequences are significant outside of China and other heavily affected countries, such as South Korea.

Part of the current problem is that we have very little hard economic data in China and elsewhere to quantify the impact of the epidemic. We have seen business surveys for China for February in the form of Purchasing Managers Indices, which are now the key type of business survey seen around the world.

The official PMI indices from the National Bureau of Statistics plummeted to the lowest on record for both the manufacturing and service sectors. A private sector version of the manufacturing survey was not as poor, but still negative. The impact of this on other economies, through weakened demand and supply disruptions, will probably only start to become apparent in the coming weeks.

In terms of the possibility of global recession, the spread of the virus and its impact will need to be far greater than we have seen so far. There has never been a global recession which has not be associated with recession in the US. It is, after all, the world’s largest economy. Albeit on limited evidence so far and a short timescale, the impact on economic activity in the US has been minimal.

As we have argued in the past, the fundamentals in the US in terms of real incomes, jobs creation, the housing market and hence consumer spending have been quite solid. Jerome Powell, Chair of the US Federal Reserve stated last week that “the fundamentals of the US economy remain strong”. But we are cautious in that the impact on the previously very buoyant level of consumer confidence of the fall in equity markets has yet to be seen.

Powell also noted that the Fed is prepared to “act as appropriate to support the economy”. The market has interpreted that as meaning a significant cut in interest rates at the next Federal Open Market Committee meeting on March 18th.

The other central bank that may consider a rate cut is the Bank of England, at its meeting at end March, with outgoing Governor Mark Carney warning that the crisis will “have an impact” on UK growth.

The Bank of Japan has pledged to provide support though “appropriate” money market intervention but, like the European Central Bank, it has probably already reached the end of the road in terms of interest rate reductions.

The optimistic view is that in many ways the global economic fundamentals will not be permanently affected. There will be an impact on growth, but the impact will only last for the duration of the epidemic itself, and once the worst has passed, a return to some sort of normality will reappear.

As economist John Keynes once said: “economists set themselves too easy, too useless a task if in tempestuous seasons they can only tell us that when the storm is long past the ocean is flat again.” But for now, that may be all that economists can do, given gauging the severity and length of the storm is impossible, and until then we are left in the realms of pure uncertainty.

Cancel Reply
We use cookies to ensure that we give you the best experience on our website. If you continue to use this site you consent to the use of cookies.OkPrivacy Policy